How Do Drones Work? Different Uses Of Drones 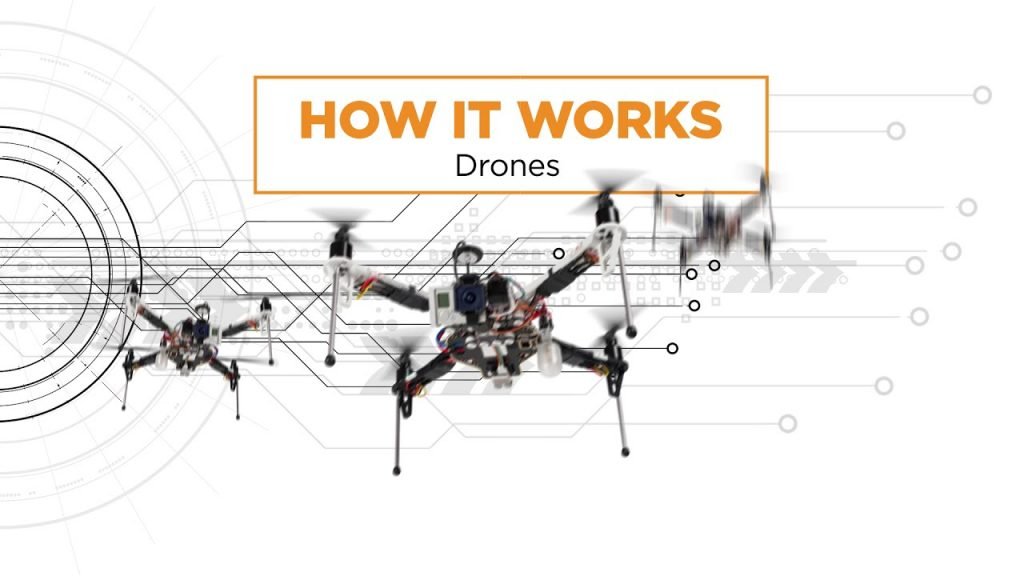 From a technical perspective, a drone is an unmanned aerial vehicle. A drone is a flying robot that works with the aircraft’s sensors and GPS. It can be automatically controlled by software-controlled flight plans in its rooted systems. Drones can capture videos and images from an incredible height. They are widely used for military, instant delivery, emergency rescue, outer space, Wildlife and Historical Conservation, and medical supplies. Historically, the drone concept was firstly introduced in 1849. At this time, Austria attacked Venice through unmanned aerial balloons filled with explosives. Abraham Karem first launched a drone in 1935. He is also known as the father of UAV technology. Here in this article, we will let you understand how drones work, how they fly and what are the different uses of drones.

The working technology of drones 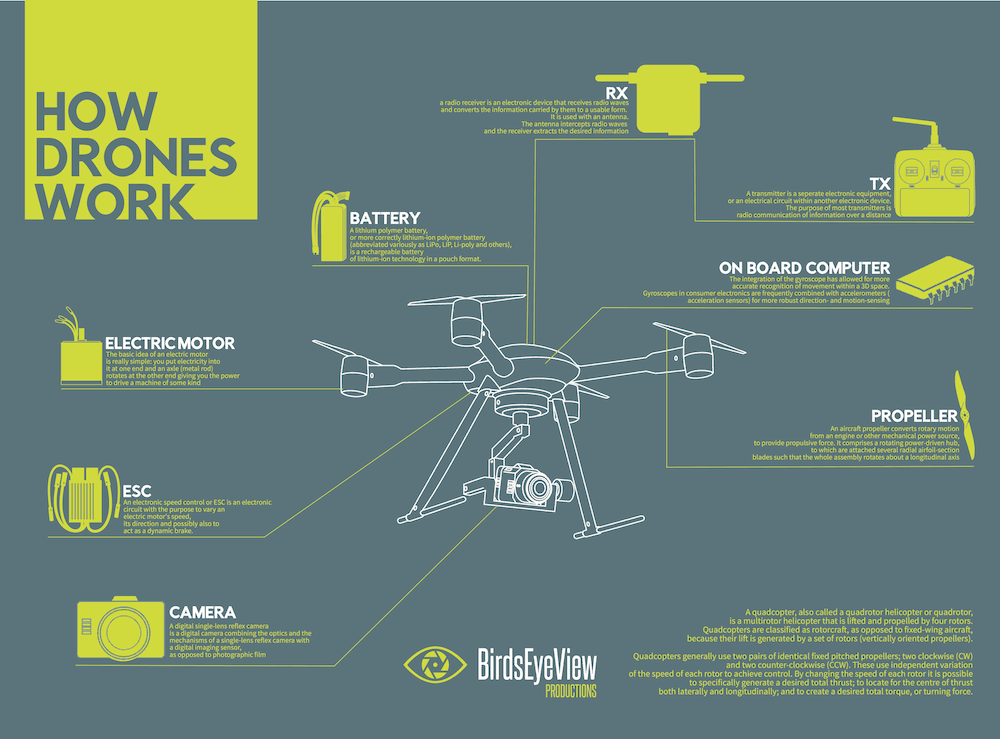 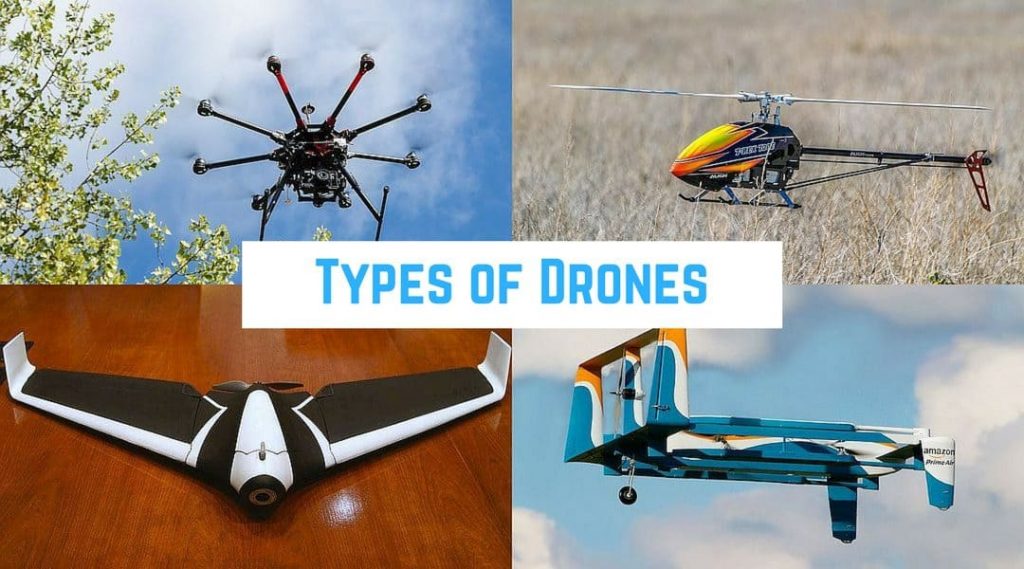 According to the used aerial platform, there are four main kinds of drones. 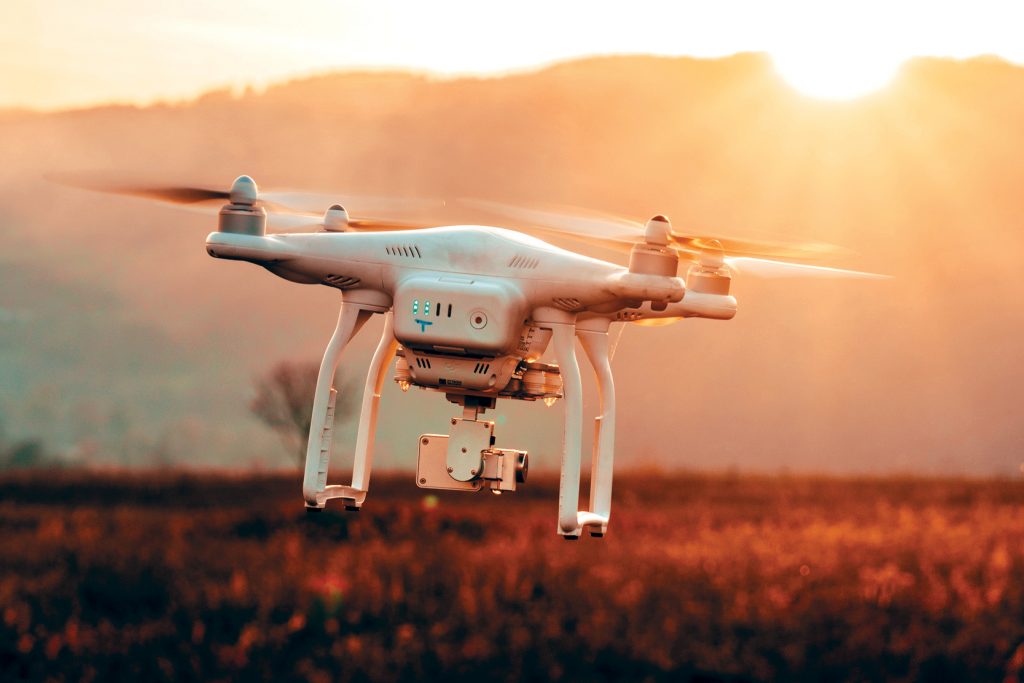 There are different sizes and shapes of UAV drones. Most of them used for military purposes, like Predator drones. The unmanned aerial vehicles (UAVs) have static wings, and they need a short runway. Such uses of drones cover and work in large land areas, e.g., geographic surveys or combat poaching.

The exact meaning of VTOL is “Vertical Take-Off and Landing.” VTOL drones are usually quadcopters, but not all. They can take off, fly, float, and land vertically. The modern drones have dual Global Navigation Satellite Systems known as GPS and GLONASS. They can fly in both GNSS and non-satellite means, such as DJI drones can fly in P or ATTI mode that does not use GPS.

The extreme accuracy of drones while flying is essential, particularly for drone apps like 3D mapping, landscape surveillance, and SR (search and rescue) targets. Today’s high technology drones are shield with anti-collision systems. They use obstacle detection sensors to scan the settings. Simultaneously, software algorithms and SLAM technology create these pictures in 3D maps and permit the drone to feel and avoid them. These sensors include Vision Sensor, Ultrasonic, Infrared, Lidar, Time of Flight (ToF), and Monocular Vision.

The latest DJI and other producers’ drones consist of a “no-fly zone” functionality to enhance flight safety and avoid accidents in confined spaces. The Federal Aviation Authority planned and classified a no-fly zone. However, producers can modify the no-fly zone drone technology through UAV firmware updates.

From the above uses of the drone’s section, you can see how drones can transport food and goods at your door. They are fast and cost-effective substitutes to shield the environment. It is almost impossible to trace human-wildlife populations on Earth. Drones are also being used to provide patients with donated organs for transplantation. Most recently, there was also a record when a specially made drone transported a kidney from a Maryland hospital within the next five minutes.

If you want to know how drones fly, click here;